Widgetbox enabled people to create or aggregate content into web widgets that could be easily shared and distributed anywhere on the web. In February 2011, Widgetbox rebranded as Flite and focused on online and mobile advertising. In late 2016, Flite was acquired by Snap, Inc.

As my formative UX design experience, I learned a lot at Widgetbox!
Some of the things I worked on while there included: 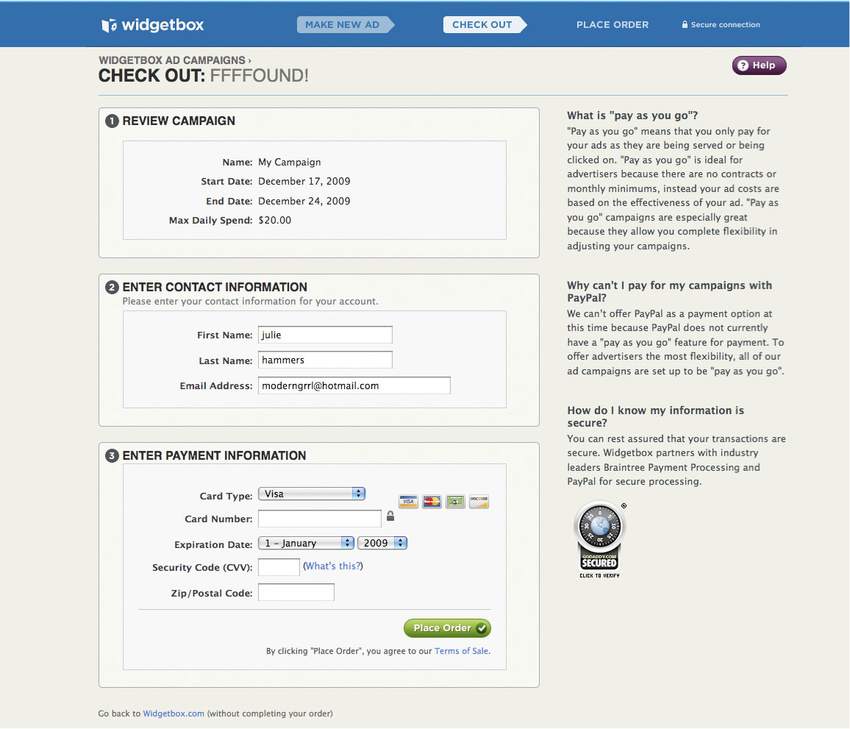 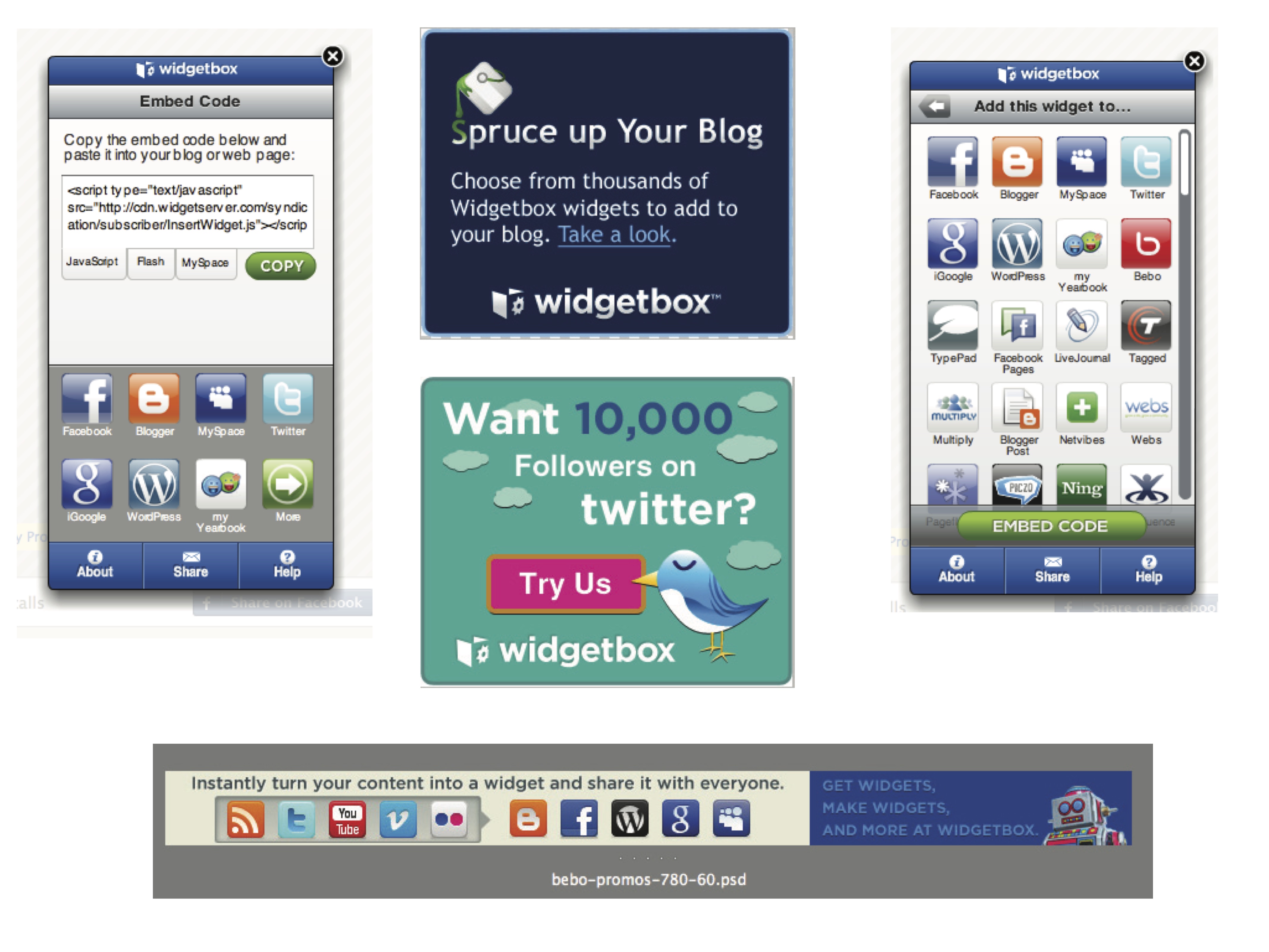 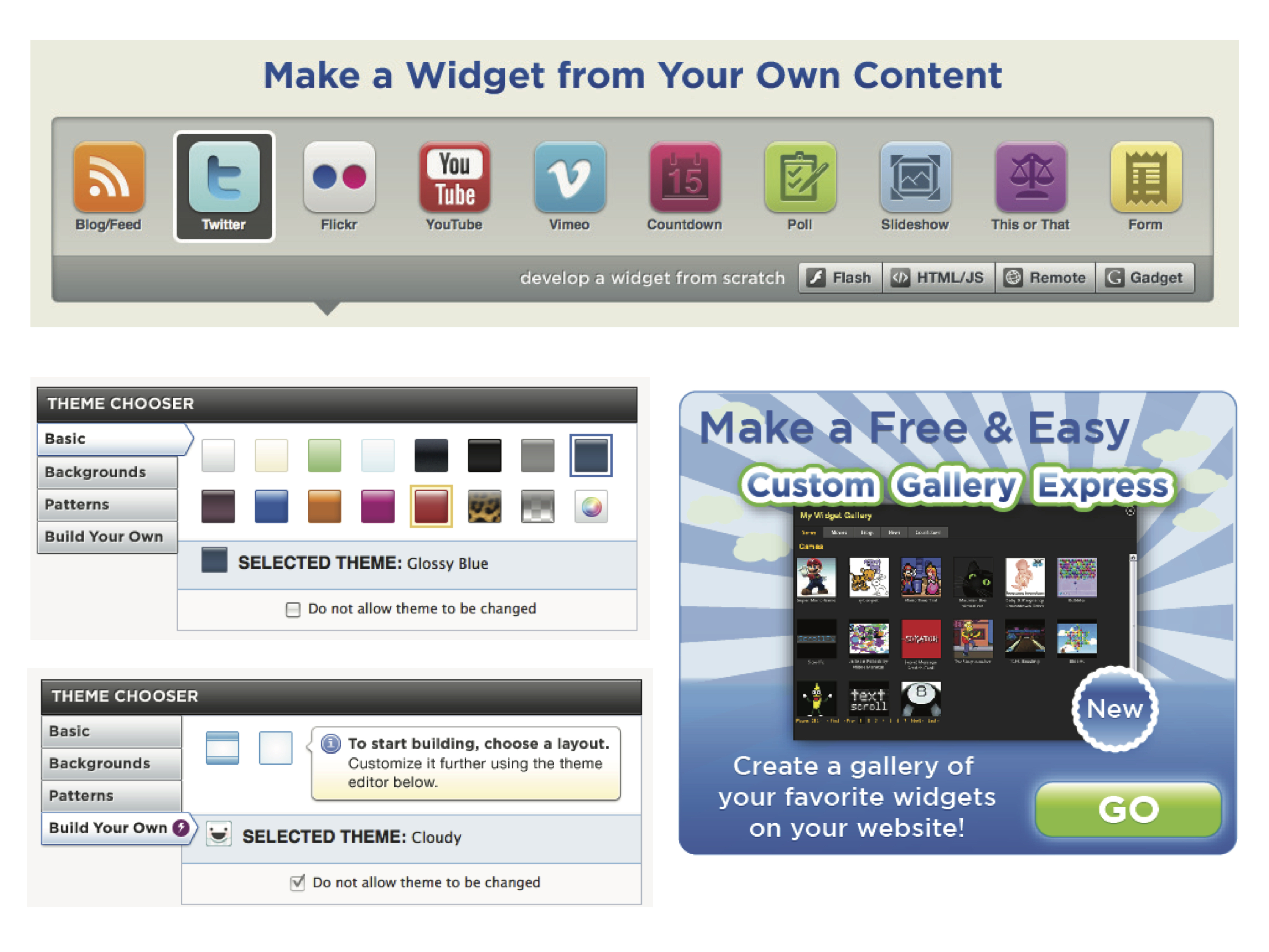 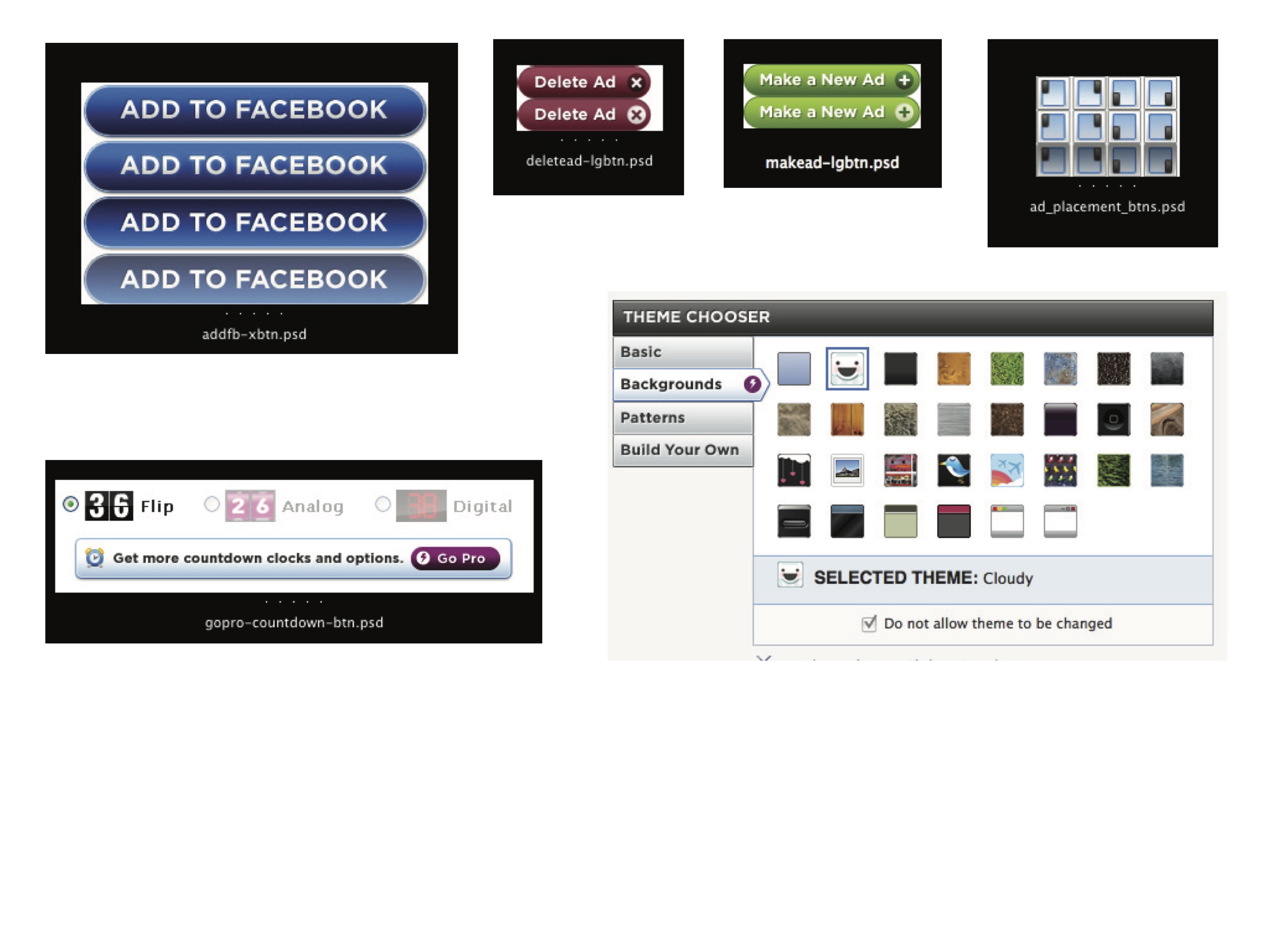